We are led by four commissioners and our chief executive officer. Our commissioners are responsible for approving the determinations, reviews, penalty notices, litigation and other decisions that respond to our primary responsibilities as an economic regulator.

The commission is responsible for administration of the Essential Services Commission Act 2001 (Vic), the Victorian Energy Efficiency Target Act 2007 (Vic) and undertaking other roles as conferred on the commission in other legislation.

Our commissioners are responsible for approving the determinations, reviews, penalty notices, litigation and other decisions that respond to our primary responsibilities as an economic regulator. 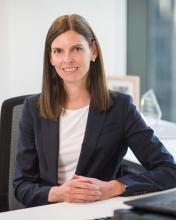 Kate was appointed full-time commissioner and chairperson in September 2019, after being a part-time commissioner since October 2016. As a lawyer with qualifications in public administration and corporate governance, Kate has experience across a number of sectors.

Kate has particular expertise in risk, compliance and governance issues. She acted as solicitor-assisting for the HIH Insurance Royal Commission, has held roles within the university sector and the Federal Court of Australia, and has worked in private practice both in Australia and overseas. 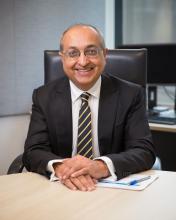 Sitesh commenced as a commissioner in September 2019. He is a barrister and is highly experienced in competition and consumer law.

Sitesh's previous roles include practising law as a barrister with the Western Australian Bar Association, the New South Wales Bar Association and Victorian Bar. He was also a member and deputy chairman of the Competition and Consumer Committee of the Law Council of Australia.

Between 1995 to 2003 Sitesh was a commissioner at the Australian Competition and Consumer Commission. 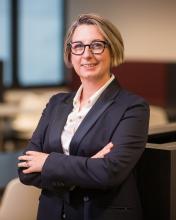 Rebecca was appointed part-time commissioner in February 2020. Rebecca is an economist with over 20 years' experience providing economic and policy advice to government across a diverse range of regulatory systems.

Rebecca's consulting roles include being a director at PwC, NERA Economic Consulting and Deloitte Access Economics. She was previously a senior economist at the Department of Treasury and Finance, where she supported the implementation of the Reducing Regulatory Burden reforms.

Simon was appointed part-time commissioner in April 2019. He has nearly 30 years' experience advising on economic, regulatory and social policy.

From 2011 to 2018 he was the Director, Policy, Programs and Evaluation, Management Consulting at KPMG Australia.

John has strong public sector experience, particularly in strategic micro-economic analysis, budget management, organisational performance and policy development. Most recently, he was the Manager of Input Methodologies, then General Manager, Regulation at the Commerce Commission of New Zealand.

John also held several roles at the New Zealand Ministry of Justice and has a PhD in English literature from Victoria University of Wellington.

We are an independent regulator that promotes the long term interests of Victorian consumers with respect to the price, quality and reliability of essential services.